An Interview with Author Gayle Wald

Q: How did you first become interested in writing a book about Rosetta Tharpe?

GW: Seeing video of Rosetta Tharpe was an “a-ha” moment for me. She sang and played guitar in a manner that screamed “rock and roll,” but she was a middle-aged Black woman, and a gospel performer. I was immediately struck by the disconnect between how I had been taught to imagine rock guitarists–as young skinny white men–and Tharpe’s presentation. I wanted to understand why I was just then learning about her–and how her story could complicate whitewashed rock histories.

Q: Was there a lot of information out there about Rosetta Tharpe?

GW: Not when I started writing. There was very little scholarship. Newspapers and music magazines were not a great source either, because “music journalism,” as we today conceive of it, did not yet exist. Even in the African American press, more attention paid was paid to popular swing bands in the 1940s than to gospel musicians, especially someone like Rosetta who was raised in the Church of God in Christ.

Q: So how did you go about finding out about Rosetta Tharpe?

GW: By listening to her music. By talking to anyone I could find who knew or remembered her–from friends and family members to fans and fellow musicians. The process was difficult—Rosetta Tharpe’s husbands had all died by the time I began my research, as had her mother. She had no children. Marie Knight, Rosetta’s performing partner, was an invaluable source, as was her sister-friend, the composer Roxie Moore, and several Richmond-based women who had sung backup for her in the 1950s. I was impressed by how willing most people were to talk about her. This was a woman who was clearly beloved. Not that people didn’t also have stories to tell—that’s always the case—but lots of her peers in the gospel world felt that she hadn’t received her due.

Q: Did Rosetta Tharpe save lots of personal memorabilia?

GW: It’s hard to say. I’m sure she did, but the loss of her Richmond house in the late 1950s meant that a lot of what she might have been saving was lost. Her late husband, Russell Morrison, however, kept things she accumulated during the 1960s, after she moved to Philadelphia. She kept clippings from the British and European press, as well as posters, programs, and some letters from European correspondents. She held on to hymnals—likely ones that had some personal value to her—and some sheet music. Aside from an occasional Christmas card, she didn’t leave a large record of her own correspondence. No one knows what happened to her guitars.

Q: How did you feel doing this work as an “outsider” in gospel culture?

GW: While doing interviews for Shout, Sister, Shout!, I was aware of a lot of differences–racial, cultural, and generational. I grew up in the 1970s, in the “post”-civil rights era; most of the people who knew Rosetta grew up in the 1930s or ’40s—in a world defined by very different historical circumstances, especially racial segregation. I felt very privileged to be privy to others’ experiences. I also enjoyed attending COGIC services, thanks to the warmth of congregations in Chicago and Washington, DC, where I live. Even as an observer, I had a powerful sense of the sustaining power of Sanctified religion in people’s lives.

Q: What impresses you most about Rosetta Tharpe?

GW: Probably her bravery and her candor. Here was a person who had very little to fall back on—neither wealth nor color/race privilege nor gender privilege—and she was strong enough to follow—to carve out, really—her own musical vision. She suffered setbacks, but she was personally and professionally indomitable. And even as I respect her religious beliefs, I liked her irreverence. From all accounts, she would have been fun company.

Q: A second edition of Shout, Sister, Shout! is due out in spring 2023. What has changed since you wrote the book?

GW: It has been amazing to witness the growing cultural prominence of Rosetta Tharpe. She is finally being given her garlands. In 2018, she was inducted into the Rock and Roll Hall of Fame, and that was a very big deal. But equally important is how she has routinely been cited by young musicians, especially young Black women/femmes and queer people. I love that artists as diverse as Janelle Monáe and Yola and Dua Saleh are shouting her out.

Q: What is your favorite Rosetta Tharpe song?

GW: “Strange Things Happening Every Day” is such a great song. But I love to hear Rosetta and Marie Knight singing “Didn’t It Rain” and “Beams of Heaven.” 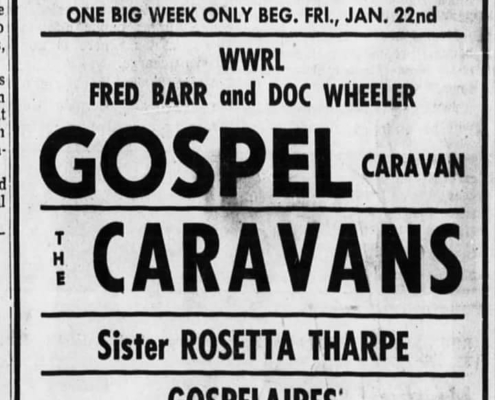 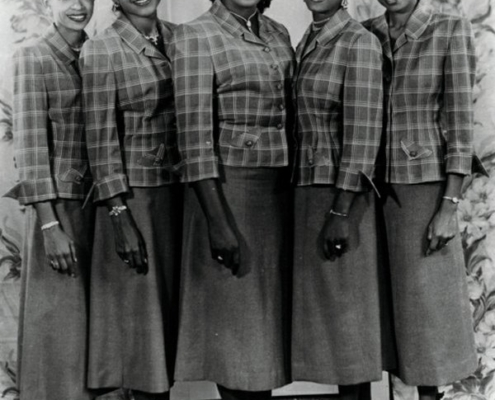 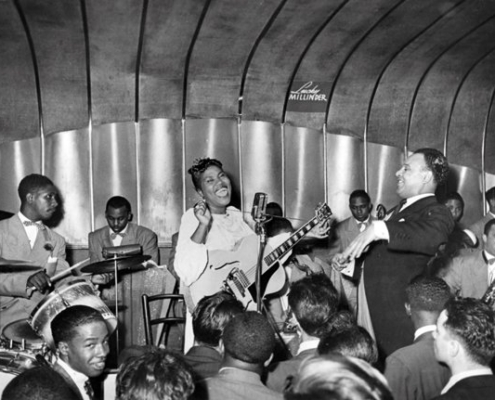 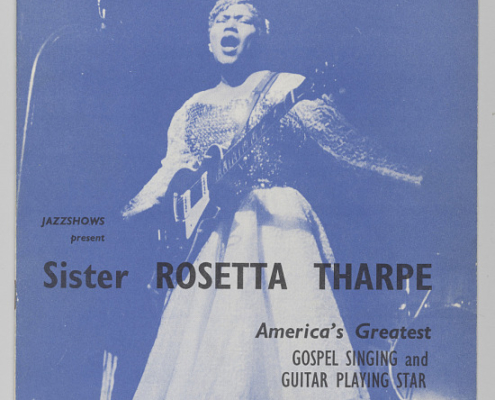