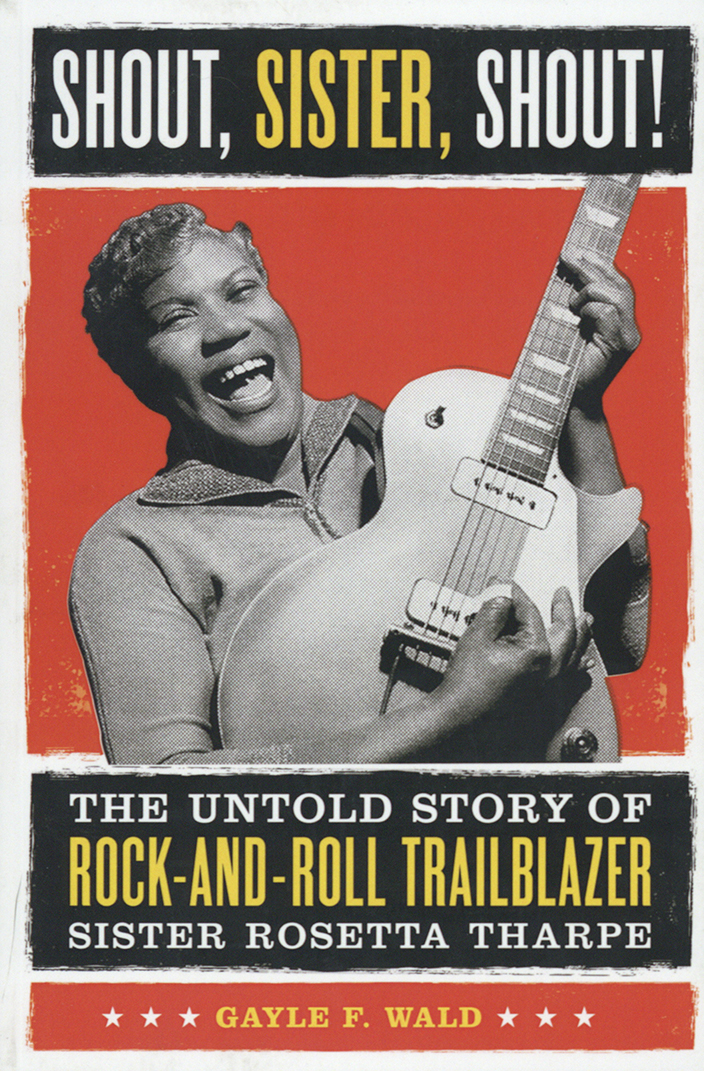 “In Shout, Sister, Shout!, Gayle F. Wald tells the story of Sister Rosetta Tharpe (1915-1973), a daughter of the Sanctified Church, a sublime gospel singer, a songwriter, and a hot-guitar player who became known, with good reason, as the Godmother of Rock and Roll. … Wald will give you the story, from small-town Arkansas to the biggest stages in the country.” – David Remnick, The New Yorker

“Rosetta was one of the most beloved and influential artists ever in gospel music . . . and she blazed a trail for the rest of us women guitarists with her indomitable spirit and accomplished, engaging style. She has long been deserving of wider recognition and a place of honor in the field of music history.” —Bonnie Raitt

“Rosetta Tharpe was one of my first influences, one of the first people I heard sing. I’m glad Gayle Wald has done a book on her because people need to know.” —Isaac Hayes

“Rosetta Tharpe’s life is a classic American tall tale, except that it happened, and, in these pages, you are there.” —Greil Marcus, cultural critic and author of Mystery Train: Images of America in Rock’n’Roll Music

“With the publication of this entertaining and enlightening biography, Tharpe-who reputedly played her electric guitar ‘like a man,’ withstood failed marriages, racial and sexual discrimination plus economic hardships-should receive the recognition she deserves.” —Publishers Weekly

“Mixing tireless reporting with nuanced and cultural insights, Wald’s Shout, Sister, Shout! is about as good as musical reparations get.” —Tony Green, Vibe